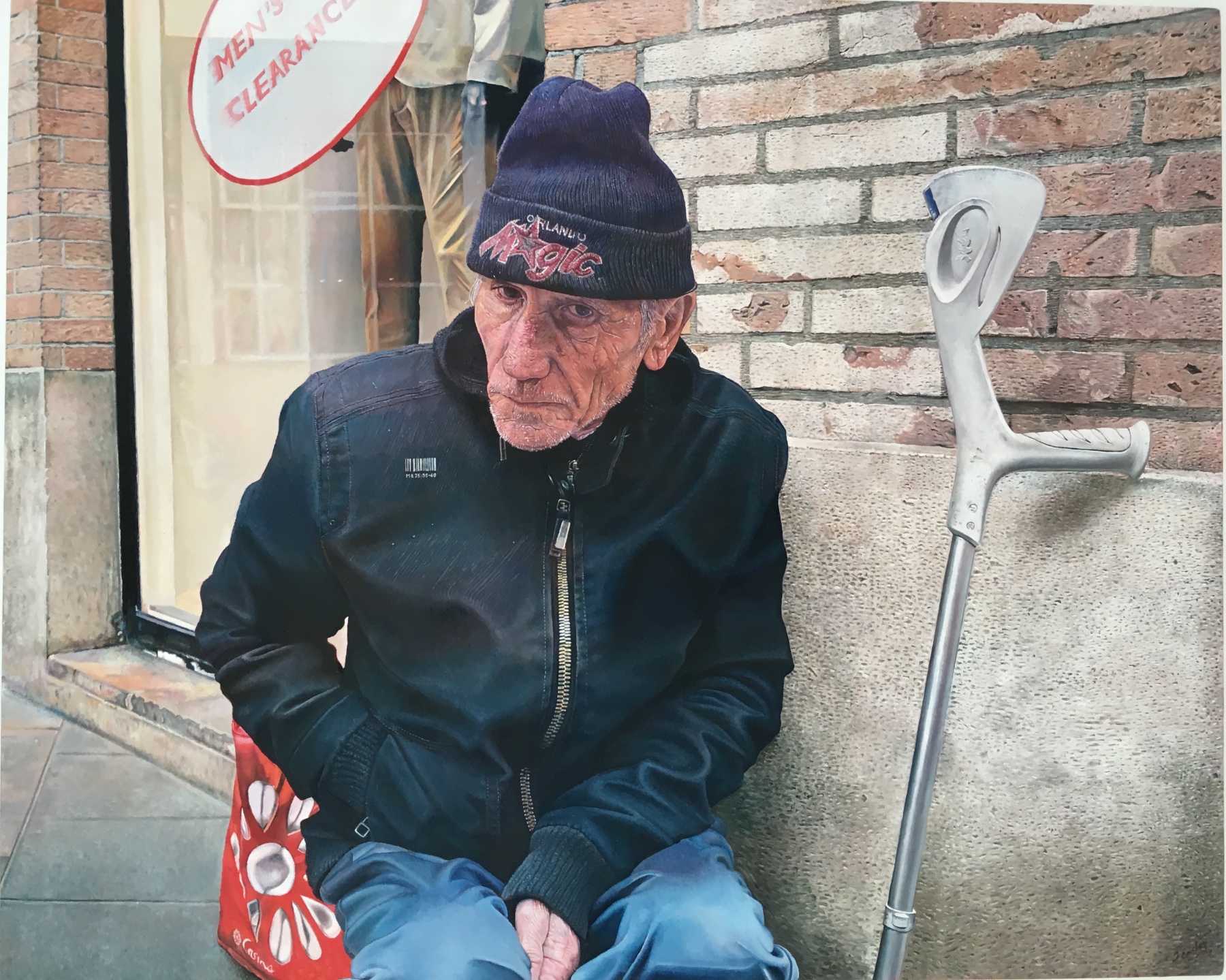 Toulouse is the nearest city to where I live in the south of France so it is the city that I know, that I am familiar with and it is a city which has a real homeless issue. Homelessness in France is a significant social issue, one that is estimated to affect over 140,000 people, including 30,000 children. I often go to Toulouse to meet the homeless, talk with them and try to help in some way wether that is buying someone a coffee or advising them as to what help that they may be able to get. I get to see familiar faces and then after about 6 months that person then disappears and move on to somewhere else.

This particular day was fairly sunny and there was a warm atmosphere around the main square, there seemed a signifiant number of young homeless people and although they were in a desperate situation they all wanted to talk and share their story, they all seemed to have some hope for the future no matter how dire their current circumstances were.

I left the main square to walk back to my car when I walked down a side street and all of a sudden everything changed. Where there was sun there was cloud, where there was laughter there was silence, where there were clouds of people there was just one person, an old homeless man,. My natural instinct was to approach the homeless man and engage in conversation but as I approached I noticed that there was no movement from the man, no acknowledgement or reaction as I got near to him. His eyes did not move, he said nothing to me even when I asked questions. The sadness hit my like a crashing wave, I had never seen someone so sad, there was no hope in his eyes, he had given up on this world and his mind was somewhere else, somewhere without all the sadness and pain.

The scenario reminded me of my favourite book, the first book that I ever read, Charles Dickens’ Christmas Carol. It reminded me of the step from Christmas present to Christmas Future. The ghost of the Christmas Future always tore at me and I felt it here. The young homeless people that I had just seen clinging on to hope, still full of life and laughter yet turn a corner and see what the future can hold.

I wanted to show in this picture my views on homelessness. I wanted to add visibility to those who seem invisible. I wanted the message to come over that in the world that we live where materialism thrives and where people always want more there are those who are victims of this pursuit of “Want”. We are all able to help the homeless, it is not an issue that we have no control on, we can buy a coffee, smile, talk and laugh, all emotions that mean so much more than the small initial amount of joy someone gets from buying something.

“Men’s clearance” was the slogan that I added to the shop window to suggest that this man could be for sale, a reject, a clearance. I added a bar code on the jacket of the subject to tie this idea in. The bag with the broken hearts is something that I developed very slightly in order to make it look like broken hearts rather than petals. The brick work was really important to me as this gives a harshness, a cold truth to the image. The crutch has an image of an angel with wings on it and I also added under the bar code “Mt 25:35-40”, this is a reference in the bible to homelessness. It is not there for a religious message but I think the words are really warming.